Deprecated: load_plugin_textdomain was called with an argument that is deprecated since version 2.7.0 with no alternative available. in /home/jamba0/public_html/ashevillejams.com/wp-includes/functions.php on line 5509

Deprecated: The called constructor method for WP_Widget in SmartYouTube_Widget is deprecated since version 4.3.0! Use __construct() instead. in /home/jamba0/public_html/ashevillejams.com/wp-includes/functions.php on line 5308

Notice: Trying to get property of non-object in /home/jamba0/public_html/ashevillejams.com/wp-content/plugins/statpresscn/statpresscn.php on line 2422

Deprecated: Function eregi() is deprecated in /home/jamba0/public_html/ashevillejams.com/wp-content/plugins/statpresscn/statpresscn.php on line 2488

Deprecated: Function eregi() is deprecated in /home/jamba0/public_html/ashevillejams.com/wp-content/plugins/statpresscn/statpresscn.php on line 2489

Deprecated: Function eregi() is deprecated in /home/jamba0/public_html/ashevillejams.com/wp-content/plugins/statpresscn/statpresscn.php on line 2490

Deprecated: Function eregi() is deprecated in /home/jamba0/public_html/ashevillejams.com/wp-content/plugins/statpresscn/statpresscn.php on line 2491 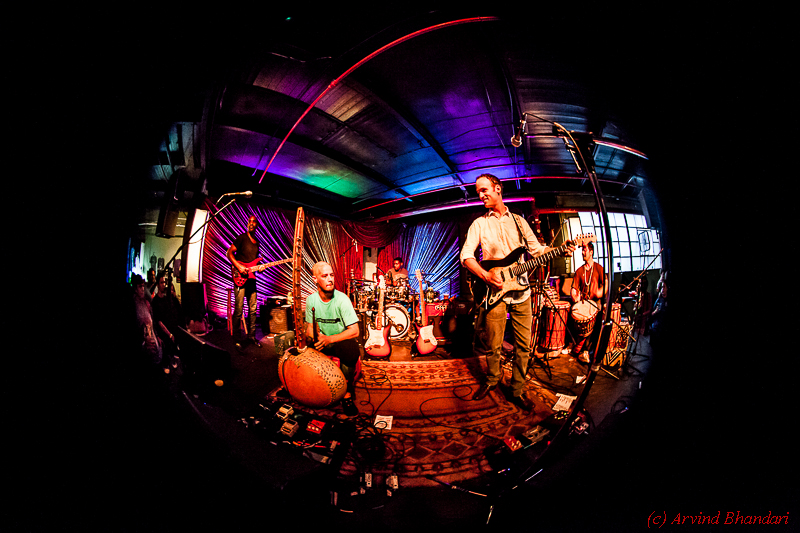 The second ever Carnavalito took place this past week to celebrate Independence Day at Pisgah Brewing Company in Black Mountain, NC. It happened to be one hell of a rainy month thus far and Pisgah decided to move the festivities inside due to inclimate weather. Most attendees were saddened by this but once everyone made their way inside the steamy brewery, all worries ceased when the music started.

The 2012 Carnavalito was the inaugural event hosted in the beautiful outdoor amphitheater setting at the one-of-a-kind Pisgah Brewing Outdoor Stage. However, this year, it became a more intimate setting with hosts, Toubab Krewe. Coming on and off stage to sit in with the bands they invited, this years kick-ass lineup included many local favorites. Spinning during segues and to start the moist day off right, DJ Camaro played a smorgasbord of tunes to liven the spirits.

A commonly known name in Asheville, The Broadcast was the first band to knock the dew off your shoes. The Broadcast draws influences from the funky and soulful “Motown Sound” and the raw vocal prowess of singers such as Janis Joplin and Aretha Franklin. Platinum blonde, Caitlin Krisko, whose commanding and captivating voice has been compared to the likes of Adele and Grace Potter, fronts the band with a prowess not often found in vocalists her age. Their powerhouse performances are not only characterized by Krisko’s dynamic voice but also by the interplay of the band. The trio of Michael Davis (drums), Matthew Davis (bass) and Tyler Housholder (percussion) create rich foundations of rhythm that drive the band. Guitarist Aaron Austin and keyboardist Rich Brownstein punctuate the group’s sound with their soulful solo’s and deep tonal textures. This was my third time seeing this intrepid group and they never disappoint. They gave the crowd a smile to last through the rain and onto the next act, Sol Driven Train.

Sol Driven Train frequents the Asheville scene to take part in mountain life and give a bit of Charleston shore sound to our ears. If you are a sucker for rich vocals, clever lyrics that will make you think and encourage you to keep your life going in a positive direction and love a great horn section, SDT will not disappoint. It is simpler to peg them as a band that will make you happy after you give them a listen. Along with the vocals, lyrics and horns, the band offers listeners a great deal more. From acoustic bluegrassy ballads, complete with mandolin and banjo, with lyrics addressing the deepest topics in all of our lives to a bouncing, bluesy and sometimes ragtime feel good sound, Sol Driven Train covers a lot of ground. Russell Clarke (saxophones/ vocals), Rusty Cole (bass/ vocals), Wes Powers (drums), Joel Timmons (guitar/ vocals) Ward Buckheister (trombone/ guitar/ vocals) and guest vocalist American Idol 2012 finalist Elise Testone.

Finally, Toubab Krewe made their way out to a stage widely decorated stage of instruments. If you’ve never seen TK before, the first glimpse at instruments is in the form of a question, “what is that?”.

Toubab Krewe is a local favorite of Asheville, NC. The proof is in the large numbers that turn up at every show. Toubab actually means “foreigner” in several West African languages, including Bambara and Wolof but in this town they are considered the exact opposite. Their popularity may have originated in Asheville but their talent has gotten them as far as Bonnaroo Music Festival in Manchester, Tennessee. MerleFest, MagnoliaFest, High Sierra Music Festival, 10,000 Lakes and many others. Toubab Krewe also performed in January 2007 at the Desert Music Festival in Essakane, Mali. These musicians look like the run of the mill jamband but once you experience their musicianship of the plethora of unique instruments, you begin to change your mind about these boys. The group’s instrumentation includes kora which is a 21-string harp-lute, kamelengoni which is also a 12-string harp-lute, soku which is a Malian horsehair fiddle, two electric guitars, electric bass guitar, drum set, and smorgasbord of African percussion. The group has traveled to West Africa several times, working with local musicians to improve and better understand their passion.

The strikingly talented men in this group somehow swirl together rock, African traditions, jam sensibilities, international folk strains and more. It’s hard to classify them in any mainstream category because they exist on their own unbeaten path which is their own substrata. Toubab uses the essence of African legends such as Ali Farka Toure, Orchestra Baobab and Salif Keita, most likely picked up in their from their travels to study and live in Guinea, Ivory Coast and Mali.  But the difference between Toubab Krewe and others who are inspired by African music is how they innovate on on what they’ve learned instead of simply recreatingtradition.

Toubab Krewe  carves out a new trail honoring the African originators they admire by making something alive and contemporary. If you’re not convinced from the African side and the Ali Farka Toure style Desert Blues along with indigenous instruments that include a plethora of stringed instruments and drums then the Jamband side will suffice. The music echoes the guitar driven sounds of Ali Baba’s Tahini and Lotus. With the absence of singing, the improvisation has to be strong to keep such a ship afloat and it cruises in style. While the ingredients may be familiar, Toubab Krewe cooks up a stew that is pleasantly original and unusually compelling. Remember, the band isn’t composed of a bunch of neo-hippies who enjoyed drum circles enough to take it up to the next level. These musicians lived in Africa studying the music. They beautifully combine their own take on instrumental psychedelia with West African vibrations in a way that simultaneously feels authentic and sounds accessible. My previous experience was a delicious dose of cultural cuisine of music at Lake Eden Art Festival in Black Mountain. They invited Andy Hall on dobro and members of Primate Fiasco on horns. Sean Smith stopped by to play trumpet and Adama Dembele on djembe. This night was proof of  their friendliness and down home feel which coincides with global consciousness and defies cultural norms. Constantly shaking hands of fans during an opener is a true statement of love and admiration. These people were friends, family and new confidants.

This group is a cultural music magnet that will consistently blow your mind and keep your feet moving. In addition to this and every other exhilarating live show, Toubab proves that they can shine on stage with their inspiring brand of tunes. Find their music at their website www.toubabkrewe.com. Their music will keep you entertained while you are waiting for these guys to come back to town. Their albums are great, but the best way to experience Toubab Krewe is to just see them live.

After Toubab climbed off stage, they mingled with friends and family for what turned out to be one epic indoor Independence Day. I will always admire Toubab’s determination to bring a cultural experience to those who would otherwise only understand through headphones. Allowing an audience to witness live instrumentation of the world abroad is a prowess in itself and what better way to do that then on the Fourth of July? I want to thank Pisgah Brewing http://www.pisgahbrewing.com/beer and all the great bands that constantly support local business for trully showing me what independence means. See you next year! 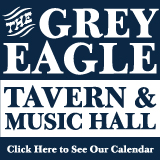